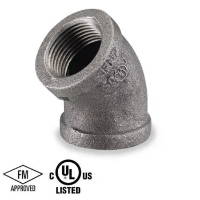 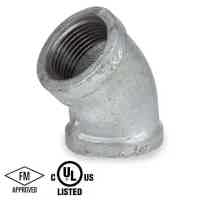 Galvanized pipe fittings are covered with a layer of zinc which makes these fittings have higher ability of corrosion protection and help to prevent the accumulation of mineral deposits that will block the pipe. Galvanized pipe is mainly used for carrying water to supply home and commercial buildings; it may also serve as scaffolding frames because of its rust prevention.

Black steel pipe is manufactured as seamless which makes it a better type for gas transportation and fire sprinkler systems since it can prevent fire better than galvanized pipe. Black iron pipe is also most often use in fire sprinkler systems due to its high heat resistance and for water supply lines due to its resistance to water damage. Since it has a dark color surface which is formed by iron oxide during the manufacturing process, it is called black steel pipe.

The main difference between steel pipe and galvanized pipe lies in the surface. Black steel pipe is uncoated and made without steam, and therefore, it is widely used for transporting gas like propane and natural gas to residential and commercial building.

Galvanized pipe has zinc on the surface so the mineral will flack off as time goes by and block the pipe. This will lead to a burst. In view of this, transport gas by galvanized pipes is dangerous so it is often used in carrying water.

Black steel pipe, on the other hand, is not suitable for water transport. Black steel pipes tend to corrode in water and mineral of the pipe will dissolve into the water and clog the line as well.

Our Team is Here to Help!